@FPLTIPZ looks at the best FPL differential midfielders in Gameweek 1. These Fantasy Premier League differentials are all under 10% ownership at the time of writing.

This is the second part of the pre-season differential series. Feel free to message me any questions on Twitter or YouTube.

Ismaila Sarr (£6.0m) was the player of the season for the Hornets, scoring 13 goals. This was the most of any Watford player and he also assisted four goals which was the third highest.

On top of this, when Watford were previously in the Premier League during the 2019/20 season, Sarr was the third highest Watford player in terms of FPL points.

Yet he ranked first for points per start (4.59), with five goals and seven assists from 22 starts. This indicates that there is always potential for attacking returns no matter which league Sarr plays in.

Returning to the Premier League means it’s likely to be less of a change for Sarr compared to some of the other Watford players or those from other newly promoted clubs.

It’s also worth noting that Sarr has been taking some penalties for Watford in pre-season which was not the case in the Championship. This could add another route towards points for the Watford winger.

With Watford’s first six fixtures being so promising, Sarr could continue his fine run of form.

These matches include Aston Villa, Newcastle and Wolves at home. There are also away games against Brighton, Tottenham and Norwich.

The Hub Fixture Ticker ranks this run of opening six matches as the fourth best of any team. It predicts Watford to score 6.6 goals over this period.

Priced at just £6.0m, Sarr has some proven form both in the Championship and the Premier League.

Given his potentially favourable start to the season, Sarr offers FPL managers an affordable differential.

Arsenal showed glimpses of being a top attacking team in the last Premier League campaign. Yet Mikel Arteta’s side struggled overall to finish eighth for the second consecutive season.

However, with no Europa League commitments, there is potential for some Arsenal players to be good FPL assets this time round.

The midfielder that ended the season the strongest was Nicolas Pépé (£7.5m). The Ivorian took some time to find form, yet if the Arsenal winger can carry this hot streak into the new season he may ultimately fulfil his potential.

Over the last 10 Gameweeks, Pépé averaged an attacking return every start. He notched five goals and one assist to register an average of 8.5 FPL points per start.

This was higher than any other player in the league by at least 0.6 points.

It didn’t end there, as Pépé finished with the highest ratio of goals per start of any player in the league. He was also involved in 55% of all Arsenal goals during this time.

This helped propel Arsenal’s attack as their goals per game rose from 1.38 across the first 28 matches to 1.61 for the final 10 Gameweeks.

Points per Start over the last 10 Gameweeks

Arsenal have a mixed opening to the season with Chelsea and Manchester City whilst visiting Brentford and Burnley away with Norwich at home.

Given Pépé’s £7.5m price, it may be a good strategy to rotate around these more difficult fixtures. In Gameweeks 2 and 3, Arsenal face the two best defences in the league so playing the Arsenal winger in Gameweeks 1, 4 and 5 would be most profitable.

These potentially easier fixtures include two newly promoted teams who will need time to adapt to the league. They are also more well known for their goal scoring ability rather than their defensive form.

These three matches, as well as the proceeding fixtures for the Gunners, make Pépé one of the best FPL differential midfielders. Arsenal face Brighton, Crystal Palace and Watford in the following six Gameweeks.

Pépé is potentially a good long-term differential at an affordable price who can produce explosive hauls in any given Gameweek.

Manchester City were the top scoring team in the Premier League last season (83 goals), averaging over two goals per game.

There is always the issue of rotation at Manchester City. Yet even with this taken into account, Riyad Mahrez (£9.0m) could still be one of the best FPL differential midfielders for the start of the season.

In the second half of the last campaign, Mahrez started 13 of the last 20 matches. The Algerian returned a total of five goals and five assists during this time. This gave Mahrez the fourth most points per start out of any player in the league (6.62).

On top of this, in the seven matches that Mahrez did not start, the 30-year-old was only used as a substitute in two of them.

As a result, Mahrez earned the third most points per appearance in the league (6.21). Only Kelechi Iheanacho (£7.5m) and Jesse Lingard (£7.0m) boasted a superior record.

This shows that if Mahrez can continue to get frequent starts, he could be a great option despite the rotation risk.

Points per Start since Gameweek 20

On the Hub Fixture Ticker, Manchester City rank third for the best attacking fixtures in the opening five Gameweeks.

These matches include Tottenham and Leicester away with Norwich, Arsenal and Southampton being hosted at the Ethiad.

However, it is clear from the past few seasons that Manchester City and Mahrez have the ability to score goals against any team.

Therefore, given the potential reduced rotation with no Champions League at the beginning of the season, Mahrez could be a bargain. He’s an explosive differential with less than 5.0% ownership. 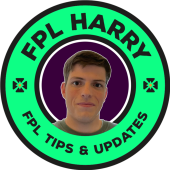