In this team preview series, Dan reviews all 24 teams participating in Euro 2020 and details their route from qualification, expected lineups, best player picks, under the radar gems and players to avoid.

Wales are in Euro 2020 Group A with: Italy, Switzerland and Turkey.

Wales qualified after finishing 2nd in their group, behind Croatia. They only conceded six goals in their eight games which bettered Germany and Holland’s record and was the same as both Portugal and England.

Six out of the eight games involved less than 3 goals. Wales endured tight contests against their strongest opposition, Croatia, with a 1-1 draw and a 2-1 loss.

Since qualifying, Wales have played competitively in both the Nations League and World Cup qualifying. In World Cup Qualification, they lost to Belgium 3-1, but beat Czech Republic 1-0.

They won their Nation’s League group, winning five and drawing once, keeping five clean sheets out of six.

Unfortunately that fantastic record was partly due to the fact Ireland, Bulgaria and Finland were their Nations League opponents, but their defensive numbers are a good read and I expect them to keep at least one clean sheet in their Group.

Below is my predicted line up (343 formation) 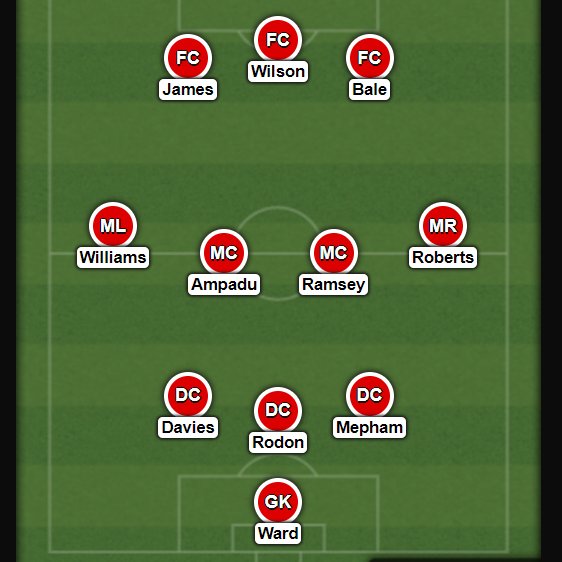 Kieffer Moore and Harry Wilson fight for the centre forward spot, but interim manager is an admirer of Wilson, so he looks more likely to start. Aaron Ramsey will comfortably make the starting eleven if fit.

I like the look of both Neco Williams and Connor Roberts. As wing backs they offer good attacking threat and Wales have shown they can defend. They have good potential for a clean sheet in their opener vs Switzerland.

Williams has a goal and assist in his nine caps, and can play on both the right and left side if needed. Swansea wing-back Roberts is accustomed to playing at wing-back, where he has totalled an impressive record of five goals and seven assists in the Championship this season.

Gareth Bale is their talisman, on penalties and set pieces but has only scored once in his last ten Welsh starts. He has assisted five goals, however. At a likely high price point I don’t think he is worth it given I don’t foresee Wales scoring a lot of goals. If you think Wales do fire, he will too.

Because of the roles Roberts and Williams play, there is a small chance of rotation or early substitutions (which might actually be a good thing). Danny Ward, Joe Rodon, or Chris Mepham will definitely start all group games (barring injury), but cannot compete with the attacking threat of the wing-back pair.

Ward is the stand-out of those 3, because of his save-potential.

Ben Davies will start, but as one of the three centre-backs, I don’t expect him to get far forward, and he isn’t a threat from set-pieces like Rodon and Mepham.

Wales Euro 2020 Under the radar players

Manchester United winger Dan James is a tempting shout at a cheaper price to Bale. He has the most goal involvements for Wales this season with two goals and two assists. He’s also nailed to start. He will be a big threat on the counter-attack, particularly against possession based Italy.

But like I previously mentioned, Wales won’t run riot from an attacking point-of-view.

Harry Wilson has seven goals and 12 assists in the Championship this season, and has scored twice in his last three Wales starts. Despite him being at risk from Kieffer Moore, he would start in the centre of the front three. Should Bale let him take a free kick, he is very dangerous from them.

Aaron Ramsey and Ethan Ampadu are worth avoiding. They play more as holding midfielders and are not certain to start.