With Alan Shearer suspended and Louis Boa Morte out of form, I decided to take a proactive hit. There was a potential Double Gameweek coming up for Tottenham and Liverpool, albeit unconfirmed when I made my transfers. Gus Poyet appeared to be one of the best sub £7m midfielders in terms of points per game and I thought it best to bring him in. In addition, Sergei Rebrov was beginning to show some promise and I was willing to take a chance on him.  As mentioned in a previous article, hits in ChampManFPL shouldn’t be taken on a whim, they need to be factored in for the long term even though I have taken a hit almost every other Gameweek!  My other option was to roll the free transfer and play Haas against Everton and Bramble against Tottenham but that didn’t sit right with me.

Fortunately Poyet registered a fantasy return on his debut for Gameweek 11 even if Rebrov didn’t. There weren’t many standout performances in my team but annoyingly, Bramble and Haas registered lost points on the bench, which in hindsight meant I could have got away without making any transfers. The hit wasn’t a massive success as I just about scored above average. With that said, the team was set up sufficiently for the weekend so another hit wasn’t on my radar.

Faced with the prospect of an upcoming Liverpool Double Gameweek, I decided I needed to begin by getting some sort of coverage with them. I was reluctant to even make any transfers at first but decided that I could make do without John Collins even if he had been showing some superb form for a budget midfielder. Liverpool’s attacking assets didn’t seem too alluring as they didn’t have many consistent performers. I had a choice between Biscan and Gerrard as my Collins replacement and I chose the Croatian international due to his higher ownership and better points per game record. This time around, my team scored points from across the park.  In total, six of my players registered fantasy returns with Scowcroft (15) and Rebrov (13) as my best performers. Unfortunately, I didn’t captain either and instead went for the ‘captain obvious’ pick of van Nistelrooy against Bolton who blanked but managed to pick up a bonus point. With 65 net points my overall rank was almost identical to my position from the previous weekend. I don’t regret captaining van Nistelrooy as he could have easily scored a hat-trick against Bolton and that wasn’t worth risking.

With all the hope of a Double Gameweek in the immediate future, it turns out there isn’t one in Gameweek 13 after all!  In fact, according to FantasyChampMan’s Sunday stream it appears not only is that Double Gameweek off, but the Man United v Boro fixture is now a blank and Leeds are likely to blank in Gameweeks 15 and 16.  I’m now three players down for the next Gameweek with Silvestre, Beckham and van Nistelrooy being unavailable although thankfully I  don’t have any Boro or Leeds players.  My biggest priority at the moment is fielding eleven players for Gameweek 13 without a hit as that in itself will boost my chances of getting a green arrow. I think this will be possible even if it means starting Haas against Arsenal and Nolan against Everton. Getting the captaincy pick right will also be critical. For the latest on potential blanks and Double Gameweeks, check out Ben Crellin’s dedicated ChampManFPL account.

Here’s to a lucky Gameweek 13 for everyone involved!

Look our for another FantasyChampMan article next week! 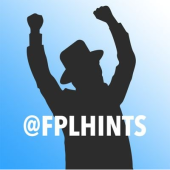