Five at the back? Time to change my FPL mindset?

I have “Ranieritis“. It’s a terrible affliction I caught off an ex-Chelsea Italian manager.. I’m forever one to tinker with my squad. Never satisfied with half my playing contingent, I have always felt the urge to chop and change. But recently I got thinking less about the individuals and more about the formation…

Looking at the raw data of FPL really opened my eyes to a different way of playing this game. I got caught in the trap the early part of this season, like many others, salivating at the thought of three big hitters up front. Especially given the blistering pace they all set. Lukaku, Ageuro, Jesus, Morata and (after his usual August holiday) Kane had all been scoring for fun. This all lead to the inevitable (and usually in my case) fruitless cycling of the top three strikers dependent on fixtures.

Naturally given my bad luck (easier to blame that!) I lost out for a number of reasons – removing players too early with what look liked injuries, Mr. Guardiola and his frustrating rotation of Jesus & Ageuro and of course the “I’ve had enough of you Harry not scoring at Wembley!” which ultimately cost me dearly.

Of course not only was this a fools errand chasing my tail but with three of the most expensive players in the game, I had then left the rest of my squad threadbare. Come on you know it, we all had at one point or other a £4.5 million Loftus-Cheek +/- Tom Carroll propping up the squad that really did nothing more than pick up the odd two points for us!

And historically I’ve always poured more of the resources into the more glamorous midfield and striking options, thinking about the cheap defenders only as an afterthought. So I think it’s time for a new way.

The natural geek in me first looked at the raw data and noticed a very interesting trend:

Compare this to the top scoring outfield players that are not defenders. If you remove Salah from the equation (the only 100 plus points scorer at this moment and  he really should be in your team by now!) the charts look like this for forwards:

You can already see that Lukaku, Jesus, Vardy, Firmino and Lacazette already match or score less than those sub £7 million defenders. And these strikers come at a hefty price. For a Jesus & Lukaku combination you could get Valencia, Alonso and Kolasinac and walk out of the shop with a pocket full of change to splash on your midfield:

There are some options in the middle also but again the value for money would fall to the defenders. Silva, Eriksen, Mahrez for example all score similar to the top defenders yet cost at least ten percent if not more.

The defence also has other advantages that the midfield and forwards can’t offer. They  obviously can score points for goals and assists (more per goal/assist by the way than their colleagues upfront) but also of course the clean sheet potential.

And given the real shift in how most Premier League teams are playing three at the back and the growing importance of utilising their fullbacks more in a traditionally midfield role (good examples are seeing how frequently players like Alonso, Valencia and Kolasinac get into the opposition’s penalty area) and partake heavily in offensive moves, it seems appealing to me to shift my mindset to spending on higher value defenders to get more bang for your buck.

Playing five at the back could give you so far a average points total of 70-ish per defender (more than 350 just from your defence) but with only an outlay of about £30 odd million. In this way you could use your savings to bulk up your midfield or forward line if needed, or given the dreaded injury worries over the upcoming festive period, ensuring our benches are half decent at least.

So I think the way forward is to focus on the back… make the most of going big at “the behind”.

Have a happy, safe and merry festive period from these three “wise” men.

If you liked this feel free to share and you can find more… here. 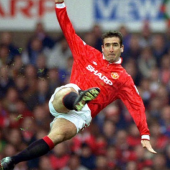 The “three men” consist of three “professionals”. All are highly analytical scientific individuals who apply this approach to the game they love. They speak their minds in an attempt to let off steam, encourage debate and entertain other like-minded people who enjoy football and the fun and games that it brings.... Obviously at 110% levels.