FPL Double Gameweek 22 | What to do With Son and Salah

As Double Gameweek 22 approaches for Fantasy Premier League managers, Jian Batra writes up what to do about the conundrum facing the unavailable assets Heung-Min Son (10.7m) and Mohamed Salah (£12.8m).

You can read more here about Blank and Double Gameweeks for 2021/22.

Don’t forget to check out our Ultimate FPL Gameweek 22 Guide which has everything you need to help you make the best decisions ahead of the deadline.

This article was constructed in order to take a deeper dive into the optimal strategy surrounding whether to keep and sell which assets. Of course I understand some managers will only own one or the other, and the article caters to that as well.

Should we Replace Salah and Son?

Adjustments will need to be made for squads which are in very different states, but from my research the strategy below should cater for pretty much every scenario.

This is what Antonio Conte had to say about Son’s injury:

“For sure we have to wait until after the international break. It was a muscular problem and it was strange because he came off during the game. The day after he felt a bit of pain and he was injured. It’s a pity because you know the importance of this player.”

Given how far away that international break is, you simply can’t keep a player of that value in your squad. Son has to be a priority to ship out. So that answers half the question; whether you have Salah and Son, or just Son in this case, he should be a primary target to transfer out.

Now, regardless of whether you own just Mohamed Salah by himself or with Son, I’d keep him (barring you have an absolute injury crisis) and here’s why.

Salah should be back for Gameweek 24 where he plays Leicester followed by Burnley and Norwich. An absolutely fantastic set of fixtures and by then he will be the most desired asset in the game.

He blanks in Gameweek 27 but Liverpool have two unscheduled fixtures which will turn into Double Gameweeks and by that time he will most definitely have spiked in price and picked up a few points along the way.

Another point regarding his price: not only if you sell him will you have to pay extra in terms of what you lose in team value but also potentially points in the form of two “-4’s” due to other transfers (e.g. Son).

It’s a lot of hassle to sell a player you will want back within a few weeks, and as shown below the replacements in midfield don’t look too appealing.

Having looked at all the midfield options, I was left underwhelmed. I referenced five midfield picks in my “Free Hit” article, and here I discuss the best one by some way, an alternate strategy entirely and what to do if you have the number one pick.

FPL Double Gameweek 22 – Should you Play Your Free Hit Chip?

I’ve been amazed by how well he has been playing as of late. Returning 58 points in his last six fixtures (which included Man City and Liverpool) is exceptional.

His attacking returns haven’t been random moments of brilliance in games, they have been a culmination of brilliance throughout the 90 minutes.

Given the expansive system Leicester play, with Tielemans as an advanced pivot allowing Maddison to predominantly occupy an area of the pitch which is both central and in between the lines, he has a far greater angle of passing range (something which is often overlooked in football).

The angle is often so wide that penetrating runs from wider channels to the half spaces can be very effective and have been for Leicester. Players like Harvey Barnes and Ademola Lookman thrive in these instances.

Further, he’s got set pieces, is in great goal scoring form and is flying with confidence, which is arguably the most important variable of them all.

Leicester have a fantastic Double Gameweek from an attacking standpoint (my pick of the bunch in fact), in the shape of Burnley (A) and Spurs (H).

Burnley have conceded six goals in their last two games against Manchester Utd and Leeds, which is worrying considering the performances and the quality of both opposition’s attacks.

The Spurs game I anticipate will be much harder, but given their performance against Chelsea, I imagine Leicester will be allowed to have the possession and territory.

The volume of balls received by Maddison in the opposition’s third should be relatively high by comparison to previous games and, as such, I have high hopes. Linking to my next point about how Leicester have difficult fixtures after the double, Maddison is practically fixture proof at the moment so I wouldn’t worry too much.

Other Double Gameweek midfield options if you already own/don’t want Maddison: Lucas Moura (£6.5m) and Ademola Lookman (£6.0m). Both are discussed in more detail in my “Free Hit” article.

The alternate strategy would be to think more long term and purchase one of the Manchester City midfielders. They have a good fixture run in the short, medium and long term following the Chelsea fixture.

You would be able to acquire any of their assets assuming you have a bit of money in the bank given Son’s price point. Finally, from a team standpoint in the medium term at least, there will be an emphasis to wrap up the league as fast as possible to prioritise the Champions League down the line.

Out of their assets my number one target would be Phil Foden (£8.0m). “Pep Roulette” is an inevitable consequence of acquiring any City asset but when he is fit, he is fairly nailed.

He comes in at a good price point, and is heavily involved in the attacks. He often finds himself in the half spaces given City’s Leeds like structure at time.

He’s a player with an extremely high ceiling, and consistent attacking output which is vital when selecting any asset.

If you wanted to look elsewhere Jack Grealish (£7.6m) and Raheem Sterling (£10.7m) aren’t horrible options. Grealish will continue to get a lot of game time as he has done in the front three but he lacks attacking output. Sterling is in great form but faces too much of a rotation risk.

I’d avoid De Bruyne (£12.0m) entirely due to a combination of dips in performances, the fact he’s very expensive and his more system catering role. 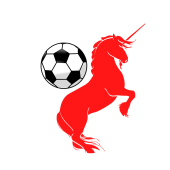