Kicked off the season well as captains Lacazatte, Salah and Lukaku hit big. That coupled with a heavy sprinkling of points across my team rounded off a tidy 139 point opening week. It was soured slightly by having to play 3 transfers – one of them being a very I’ll advised move for Herrera.

My first trade last week saw the planned Lacazette to Jesus move, which was unfortunate not to pay off. The Brazilian looked sharp and I’m happy to have him captain on Sunday. A suspended Fabregas made way for Valencia who returned a clean sheet and shifted me to a 433 formation. On Sunday morning I saw that Zaha was likely to be injured out for a while which prompted me to make a slightly rash call to bring in Herrara given his bonus point potential and extra game. The Spaniard never made the United team and looks set to play second fiddle to Matic and Pogba in the heart of United’s midfield. I’m resigned to leaving him in for 2 weeks and hoping he’ll start at some stage… but I’m not holding out much hope. I do have the luxury of seeing the United line up on Saturday, but even if he’s benched I’ll likely hold off making another transfer. In fact, with the overhaul coming in GW3, I don’t plan on making any transfers for the next 2 weeks as my captains are in place and I have already spent more than I wanted.

Saints double up and a Hegazi 19 pointer saw a tidy return on my budget defence. Unfortunately Smith came off on 57 minutes to deny me a clean sweep at the back.

After Lacazette’s slightly undeserved MOTM award last Friday, it was obvious that Sky pundits like a good debutant MOTM story. Because of this, I opted for Salah, who returned a goal and MOTM and 32 point haul. I then chose Lukaku over Kane for the same reason. Although Lukaku was initially given the Sky MOTM award, sky decided to change it to another debutant Matic. Although I can’t complain too much as the big Belgium still brought home 24 points as captain.

My captains this week

Im placing my faith in the my big hitting forwards this week as Lukaku squares up to Swansea on Saturday followed by Kane taking on London rivals Chelsea, while Jesus lines up the Everton defence at the Etihad on Monday night. Salah could be a shout on Saturday, but I’ll probably play it safe in all honesty as I look to consolidate the good start.

I’ll be keeping the leagues open for one more week for those still wanting to sign up.

How’s your team shaping up?

Leave comment with any questions you have on your team. On any thoughts you have on mine (it’s kind to be cruel!)

This article is from Sky Fantasy Football Forum 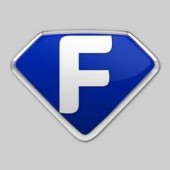 SFFF is a site dedicated to the Sky Game. It encourage Sky Sports Fantasy Football discussion as well as giving you a few tips and tricks to beat you mates.

Not bad. Do reply’s work?

Haha can’t give myself a thumbs up… anyone care to try?

Not bad at all

Great start mate. Pity about Herrera. On a par with my Kyle Walker transfer. Worst move ever.

Fantasy Football News 24/7
wpDiscuzComment Author Info
You are going to send email to
Move Comment
Fantasy football hub uses cookies to ensure that we give you the best experience on our website. If you continue to use this site, we will assume that you are happy with it.OK