“Genuinely not sure I could have won without it”

“Ian that is a fantastic bit of kit. very, very clever.”

I don’t think this needs any more introduction than the above two quotes from the last two winners. If you play Sky Fantasy Football and want to do well, you’ll be needing this bit of kit from Ian Parrin.

An introduction to the tool from Ian…

Managers just need to put their team for Wednesday 17th June into cells ZV14-ZV24. If you have inputted a team including too many or too few GK/DEF/MID/STRs, then ‘Invalid Formation’ will appear in red on Line 13 (in the example tab see Column YX.)

There is a Data Validation code on the players to ensure that their names are recognisable from the Alphabetical players tab. For example Barnes would not be accepted, you would need to check the tab to see that there is a choice between Barnes A & Barnes H. Note that Gomes Andre/Angel plus Luiz David/Douglas are named in full.

The Cost, Position and Club tabs are just there for easy reference if required. The Fixtures, Playing, Transfers, Stats and Lookup tabs perform functions that don’t need to be touched.

Managers need to input in ZV31 how many transfers they have remaining at the time (40 at the start of the season) this then recalculates across the columns as the season progresses. When managers have made a transfer, they just type the player’s name in the relevant cell (in the example tab: see Foden in cell ZY21.) Notice how the cell highlights Yellow, and Rows 28-32 change accordingly. If you have overspent the £100M, then Row 32 will highlight Red.

The Season Counts in Column A calculate your total Player Days and Captaincy Days in relation to the maximum available. The higher the green number in A19 shows how effective your transfers have been in gaining extra fixtures. The lower the red number in A24 shows that fewer captaincy possibilities have been forsaken.

The 2-4-1 tabs will show whether clubs from which you are planning on transferring players in will have additional upcoming fixtures over those being transferred out. Managers can click on the filter arrow in cell B2, which will then produce a drop-down box giving the option of selecting as few or as many clubs as required. For example, you can see between Saturday July 4th and Thursday July 9th there is a two-for-one available between Manchester City and Manchester United.

New for the second half of the season are the tables and charts showing points scored by players so far this campaign. The tables are listed in the order denoted by the tab name. The player charts all run from left to right with the highest points scorer positioned on the left-hand side. The value charts all have a linear trend line: the players highest above the line have the best points per million totals

You can download Ian’s spreadsheet here. If you have any questions, leave a comment and I’m sure he’ll get back to you. 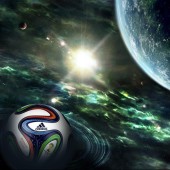 Fantasy football manager from 1980's Shoot! via 1990's Telegraph then 2000's FPL to modern-day Sky. Keen player of various fantasy and prediction games, seeking marginal gains through statistical methodology. Sports broadcasting media nut miscast as a hard-working family man. Or should that be the other way around?

Hope you guys find it useful, and if there are any queries just fire away.

I do have the good fortune to be away this week, however holiday resort Internet is better than it used to be!

This is super useful tool. What an effort !
Just have small inquiry; how to update value in AP and Player by cost sheets ?

Glad you’re finding it useful Mohamed. I’ll be doing an update once the transfer window has closed, then regularly when fixtures change for TV and/or Europe.

Not really sure how to work it on my Mac. Been trying for the last couple of months

Not really sure how to work it on my Mac. Been trying for the last couple of months

Paul Heaton, I use this on my Mac. What are you struggling with exactly? Are you using excel?

Hi Ian could you possibly email this to me. Does not load for me on iPad. Just opens in web browser.

Hi Ian, thanks for the planner. I cannot input the players in B14-24, any idea why?

Excellent resource again, Ian. Gets you organised and this is perfect for planning ahead. Transfer count always seems to drop too quickly though…..! Many thanks for your time and effort getting this together.

Love this toolkit, Ian. Was lucky enough to have access to it last year and it became increasingly essential as the season progressed. Made navigating that ridiculous TV schedule over the final weeks so much easier.

Given how this year has started with the Friday and Monday night games, can see this being vital from the off for me so thanks for posting it.

Ian that is a fantastic bit of kit. very, very clever.

Provisional attacking line-up for November 19th, having used only 6 transfers thus far to get there:

Note: 2 players (Sanchez being one) will have already been transferred in/out from this front seven.

Guesses to the other player (he hasn’t been in my side so far) in the the replies box :)

Nice line-up and planning, Ian. Jesus now for Aguero, although his ribs might heal for a re-think by Nov 19th. I’m guessing Vardy is the in/out hokey-cokey man??!!

Have you used 6 transfers to date, Ian? Or are you aiming to have used that to achieve this team, which would be impressive. I got rid of Knockaert yesterday which took me to 33 transfers left – a few more than I should have used…..

This team will be as a result of the half dozen transfers. I have only made one so far.

Wow……great stuff, Ian. Will set you up nicely with all the fixture chaos at Christmas and beyond….

Thanks for update, Ian. Lots to think about this week!

Plan It Sky – Octoberfest article out tomorrow Hornet. Hopefully some ideas to help you out!

I’m biting the bullet on KDB this week.

Plays every week and MOTM candidate in most of them!

Did you get Hazard in last week as well Ian? Last nights performance bodes well if you did.

Yes, brought him in for Mooy. Originally the move was planned for this week, with Chelsea due to play on Monday.

Hopefully he can repeat Wednesday’s form :)

Now looking at this front 8 on November 26th, having just used 5 transfers to get there:

Only 2 matches where I won’t have had an attacking captain in that period.

Jamie Vardy is the player that will have been and gone.

Or this with 7, if Aguero and Pogba are back:

Just trying out the spreadsheet now for the first time. Awesome work Ian!

Glad you like it Kieran. How’s your season going?

(Only saw your reply now)
Season is fine, it’s my first year so I’ve made a few mistakes in making some transfers too late when I could have doubled up. Current rank is 1607 with 24 transfers left. Using your spreadsheet earlier would have helped no doubt.

Also giving the spreadsheet a proper go forthe first time. I had a tentative look before the season began, was a bit hesitant and just left it. Having had another look and played about it with a bit more the benefits are immediately obvious and I regret not taking advantage of it earlier in the season. Will save much scribbling down, adding up and neatly brings together a few things I would usually have looked at in isolation. Hopefully the greater potential for proper planning will help me nudge up a few placings between now and the end of the season. Thanks Ian!

You know I find the toolkit essential, Ian. Lots of really positive chat on the Sky Fantasy Football Facebook site…. It’s the only reason I really use Facebook, Ian, and it would be great to have you on board. Really is very good with lots of top contributors…. Your input would be highly valued, I know for sure!!

I think I remember you saying something about rather gouging your eyes out than joining Facebook… but if you ever change your mind, here is the link

Password: FFH. Others reading this are also welcome to join

No chance of a Google Docs version of this?

Just to let you know that I will be doing the next update in a couple of weeks: after the transfer window has closed.

The reason for the hiatus can now be explained: one of my sons had a double lung transplant on Christmas Eve (the best Christmas present anyone has ever had!) He is recovering well in hospital, with the medics seemingly extremely happy with his progress so far :)

Hope all your #SkyFF 2018s have started as well as my personal new year!

Thanks Ian. Super useful as always

Hello Ian, would I be correct in thinking the spreadsheet only accessible through a laptop or pc? Just can’t seem to enter any data into cells using my phone?  Thanks. C

Good question C.
As I only ever use excel on a laptop, I have no idea whether this has always been the case or whether it is something new? In the couple of years this spreadsheet has been around, it’s also the first time anyone has asked that question!
I’ll see if I can find out and let you know.
Cheers Ian

Great spreadsheet, thank you, will you be updating after transfer deadline ? I see Richarlison is still a Watford player at mo.

Yes will be updating after the window closes, and also when fixtures are moved for Europe and TV :)

Hi Ian, what I’ve been told about this tool is one of the main reasons I’ve signed up here, thanks! Quick question, in your Kane AI24 example it says rows 28-32 should change automatically but the transfer remaining row (31) remained at 40. Is this a small glitch or just something that doesn’t kick in until the season starts?

I think this must be a glitch. I will check over the weekend (as I’m off to Edgbaston tomorrow!) – and get back to you.

As I thought, just a glitch.

I have now included an example and a download on the thread.

I will be updating both when fixtures change for TV or Europe.

Any questions let me know and good luck for the season :)

Hi Ian, do you have a user guide to this great tool please?

Hi Benjamin, pretty much everything you need to do is explained in the introduction above, If you need help on anything particular, drop me a PM and I’ll help as much as possible :)

All good Ian, thank you.

Hi Guys ,new to the site where can you download the guide ?
Thanks ,

Welcome to the site Wylecoyote. Which guide are you talking about?

If you mean Ian’s planning sheet, it’s the link at the bottom of his post (you’ll need to be a paying member to view it).

Hi all.Im a new member. When theres a new update.  Do i just download it and put my current team in week 1 and amount of transfers left each time its updated.

Hi Daz or Vern or both!

When the spreadsheet is updated the instructions will be too. Trust me, all will be very clear when it happens