After Man City’s demolition of Stoke on Saturday many of us Sky Sports players will be itching to hit the transfer button and bring in the big guns.

Now before you pull the trigger here at Fantasy Football Hub we have compiled a break down of the stats from the boys from the blue side of Manchester.

It is quite hard to predict whom Pep will rest on a game on game basis but over the 8 games to date the following are the top 5 who have grabbed the most minutes:

When most people think about Man City the question that usually comes to everyone’s mind is Jesus or Aguero a further look into the points share at City shows the following:

Man Of The Match

One of the most exciting parts of the Sky Sports game is waiting until the 90th minute to hear who has got the all important 5 bonus points as MOTM so far in City’s season these have been shared across the following players:

Fantasy managers when deciding which player to bring in can do no harm when making the decision based on the points per million & points per minute, luckily for you we have both here at Fantasy Football Hub:

With City looking a force at the minute with an impressive 3.6 goals per game and an equally impressive 0.5 goals conceded per game there is no question that City coverage is needed over the coming weeks. 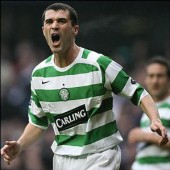 Think I’m set on bringing in Otemendi. Possibly Stones as well if Davies is ruled out.

Such a tough pick in midfield and attack.. All of them have their merits. I guess it comes down to how your team is set up and personal preference.

KDB in for Sanchez this week for me. Gives me a free choice between all of the other City assets to bring in for Mkhitaryan on Guy Fawkes day, when Ritchie makes way for Richarlison.

[…] bonus alone that has seen him rise to joint 4th in the overall points rankings. According to Paul Ferris’s article on Man City assets, Otemendi also offers the best value of any City player. With a kind upcoming schedule, its […]