GW4 brought a decent return on reflection. 59 points (marginally above the average) saw the RMT team drop in overall rank from 521K to 531K. We banked our transfer last week.

How are the Elite Managers Doing So Far?

As has been mentioned in prior posts, the RMT Tool is powered under the bonnet by the teams of a very elite subset of FPL managers. This subset includes Hub’s own Will Thomas and Matthew Jones as well as other fantasy legends such as Ville Ronka, Marlen Rattiner, Stephen Harrap, Grant Barclay etc. etc. And it’s fair to say some of these are not doing so well so far this season. As a collective, their mean average rank is up around the 860K mark with nearly half currently residing outside the top million. We can certainly expect this to improve drastically over the season and it’s indicative that the RMT tool’s overall rank is roughly in the middle of this group.

The graphic below shows the analysis of our team by the RMT Tool as of last Tuesday. A 94% RMT Score is pretty healthy but I also had 2 free transfers available so was actually presented with a dilemma I wasn’t prepared for. Typically I am looking for a 4-5% transfer strength in order to make a transfer (a rule of thumb I’ll aim to stick to). But in this case, the single transfer was only a 1% gain.  However, with two free transfers I do not want to just waste one. In hindsight, a 1% gain should certainly qualify over burning a transfer. However, with Mason Mount’s price rising last week I got emotional and decided to pull the trigger on the suggested double transfer, Mount and Wesley in for Ceballos and Jota.

Emotion is a key factor here. I had to interpret the analysis myself and essentially evaded my own guidelines under price pressure. I can argue certain other factors; I personally don’t like a team structure that has 3 budget attackers in it (e.g. Cantwell plus Dendocker & Greenwood). But the RMT Tool actually has that baked in already; there’s a maximum of two midfielders or forwards priced £4.6 or less allowed in the team. Now up to £4.8M Cantwell is no longer actually classed as a budget player by the tool. Cantwell’s next fixture is also against City which normally would be a red flag for a transfer.

I also argued (to myself) that seen as I had to use one transfer then the double transfer strength of +5% would be a bigger gain, which of course it is. Mason Mount is now a very well owned player by Elite managers, he was in 66% of their teams last week and that is expected to rise to around 75% rise for GW5. So, with the Chelsea midfielder’s price soon to become prohibitive I took that option.

Interestingly I ran the RMT Analysis the day after Mount’s price rise and was suggested Cantwell and Haller instead, with the same transfer strength of +5%. Sebastian Haller, of course, is another player whose stock is on the rise. He featured in 30% of Elite GW4 Teams and again that is expected to rise significantly this week. Maybe that will turn out to be the better option and I can certainly see the West Ham forward suggested as a key transfer target for this analysis in the coming weeks.

But wait, what about Wesley?!

Aston Villa forward Wesely is not a key player in the Elite Template, it’s fair to say. He acted as an enabler for Mount, in a similar way Ceballos did for De Bruyne and Pukki a few weeks back. Whilst the Brazilian does have decent fixtures coming up he is only in 6% of Elite Manager’s teams and that is expected to drop this week with Barnes and Haller rising. As with Ceballos, Wesley is likely to get moved on within a few weeks but with the Wildcard available I was happy to take this decision.

As of GW4, 33% of the Elite Managers I track have used their Wildcard, and I expect this will rise to 50-60% after this weekend’s deadline. I aim to wildcard the RMT team once around 66% of the elite managers have used theirs.

All in all, and despite some emotional wrangling, I am satisfied with the transfers and team for this week. Captaincy is, of course, a difficult one but with Sterling just ahead in @FFootballHub’s Twitter Poll the armband stays with him. 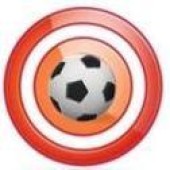 Fantasy Football News 24/7
wpDiscuz
You are going to send email to
Move Comment
Fantasy football hub uses cookies to ensure that we give you the best experience on our website. If you continue to use this site, we will assume that you are happy with it.OK