In this weekly article Paul shares his team's performance, progress and transfer plans each week for Fantasy Football Hub members.

You can check out our other Telegraph Fantasy Football tips right here!

Concrete progress in Gameweek 2 I feel, with 68pts adding to my 63 from Gameweek1 and a boost up to 2,260th overall.

One transfer used to move Mane to Son (I tweeted the change prior to confirming for transparency) which is part of a daisy-chain transfer combination to take advantage of a 3-for-1 before moving onto the popular Lukaku.

I momentarily forgot that the tackle bonus only applies to midfielders in TFF when watching the game stats live (it applies to all positions in SkyFF), but I’m still happy with the defender’s 4pt per game return so far.  Hold

One of my 50-50 calls at the start of the season that has went well – I’ve mentioned a few times how his p/£m/g was poor last season, but I was anticipating a more resolute Pool defence again this season with VVD’s return.  Hold

One 50-50 I got right, one I got wrong. I still want Rudiger long term in this spot, I’m just eyeing up at what point to get optimal benefit from the move (fixture swing and Chelsea playing after Man Utd).   Hold, for now

The Czech full back reminded us of his attacking threat from last season, but the Hammers have got in a bad habit of conceding.  Hold. (upgraded)

Unlucky with his ruled-out goal for offside (correct decision), on another day the Egyptian forward could have returned another haul.  Hold

A nice parting gift from Mane, he was always put in as a potential placeholder with his price point and I decided to move onto Son to maximise a 3-for-1 daisy-chain transfer to eventually bring in Lukaku. Out 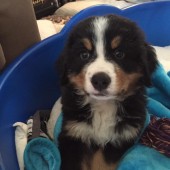 Thanks Paul for this. Well done on the solid start. My main team got 53 points and still happy with my fast start (top 10k which is unlike me). When are you th8nk8ng of moving to Lukaku? Also intrigued 8nto your th8nking beh8nd him over, say Kane. Will you still hold 9nto Antonio? All the best for this coming gameweek

Cheers Lofty, I always play the extra games as well as fixtures, so the z5.30
game after International Break with the extra game looks optimal to me, Kane plays earlier so you miss the extra game