As we approach the end of another international break, our attention turns back to the Premier League and Sky Sports Fantasy Football. This article is the first in a series of weekly articles, which aims to identify one player who looks primed for points in the short-term. The form, fixtures and stats come together to provide the insight, but, like all big calls in football, it’s the managers who live and die by their decisions.

Keen to get off to a flying start, we kick-off with a man who shook the foundations of English football in 2015/16. Jamie Vardy’s record breaking eleven game scoring run was pivotal in Leicester’s title winning season. And he certainly played a key part in many Sky Sports Fantasy Football managers’ triumphs in that surreal campaign. Since, though, he’s consistently proved himself as a shrewd pick; capable of challenging the best forwards that the Premier League has on offer.

This season, the Foxes’ talisman seems to have gone under the radar a bit, no doubt in the shadows of Arsenal, Chelsea and Manchester United ‘s new number nines, who’ve each enjoyed a scintillating start to life at their respective clubs. However, the Englishman has racked up five goals in seven Premier League appearances, despite facing three of last season’s top five teams. Such an impressive return is difficult to ignore, but do the stats back it up?

So far, yes. Vardy lies joint-fifth amongst forwards for total shots on target, level with Alexandre Lacazette and Alvaro Morata, and behind only Harry Kane, Romelu Lukaku, Sergio Aguero and Joselu. His Goal Involvement (GI) sits at an impressive 55.6%, meaning he’s had a hand in over half of Leicester’s goals this season when on the pitch, via either scoring or providing an assist. This is ahead of Kane (46.2), Gabriel Jesus (45.5), Sergio Aguero (45.0), Lukaku (38.1) and Lacazette (36.4), and second only to Morata (72.7%). Such company underlines Vardy’s potential to match the 12m-plus premium forwards, and gives us reason to believe that, if Leicester score, the chances are that Vardy will be involved.

Though it’s true that Leicester don’t score as many goals as the top clubs, fixtures are often a good indicator of potential success in front of goal.

Vardy’s next five look tasty on paper, and include four of the league’s top 10 teams in terms of total goals conceded:

Crucially for Sky Sports Fantasy Football, this neat run of games allows for unique captaincy opportunities. For those without coverage in Monday Night Football’s tie against West Brom at the King Power, Vardy offers an excellent captaincy choice. Following this, his home tie against Everton falls on Sunday the 29th of October, where the only other game on that day sees Brighton face Southampton. Again, this increases Vardy’s appeal as a first-class captaincy option.

As good as the fixtures are, his greatest appeal comes not in their relative ease, but in the manner they lie. The schedule ensures that a switch to Vardy from several other clubs’ players will see an effective four games for two trade, provided you transfer him out again following his trip to Stoke on Sunday the 4th of November. This is due to Leicester’s tie with West Brom falling at the end of Game Week 10, on Monday night, while his fixture against Stoke in Game Week 13 falls on a Saturday, before the likes of Spurs, Arsenal, Manchester City, Everton, Chelsea and Manchester United play the following day.

At the best of times it’s a bold decision to remove an in-form player from one of the Premier League’s very top clubs, but with a schedule as kind as Leicester’s, Vardy is one of the few men capable of matching and even beating them. 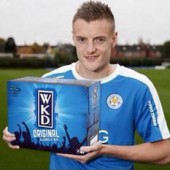 Came from nowhere to finish 3rd in Sky Sports Fantasy Football last year. Posters of Idrissa Gueye on the walls...

Great article Will, thanks. Vardy was in my thoughts, but after that read its a no brainer. Of course, be prepared for a moan if he blanks.

Vote Up2Vote Down
Admin
Will Thomas
#384

Ah shoot. This article is actually by Niall – who came 3rd last year in Sky. I claimed false credit as I posted it for him but forgot to change author – its now correct.

But, yes, its a great read. Vardy is a no-brainer for me also.. The harder question is who to ditch for him?

This!!!! I have Sanchez and Lukaku and am completely open to suggestion on who goes

Vote Up0Vote Down
Admin
Will Thomas
#387

I’m honestly not sure Paul. Hopefully all will become clear by Monday after seeing Sanchez bag a hat trick and Lukaku blank

Vardy in for Sanchez for me. Toyed with captaining Hegazi and just getting Jesus in but like this for the upside. Captained Knockaert yesterday so might as well try and have a week