The Fantasy Premier League Cup is a knock-out competition amongst FPL managers that starts in Gameweek 17. It is separate from your overall rank and mini-leagues.

How do you Qualify for the FPL Cup?

All managers qualify for the FPL Cup this season. The starting round will be determined by the number of teams in the game. The final will be contested in Gameweek 38.

This is a significant change from last season when only the top four million-odd scoring fantasy managers in Gameweek 16 would qualify.

For more FPL tips, articles and insight to qualify for the FPL Cup and dominate your mini-leagues, click here.

How Does the FPL Cup Work?

It has the same rules as a head-to-head league fixture.

You will be pitted randomly against another manager in the first round and if you win you move on to the next round and so on.

If you lose your knockout tie you are eliminated from the competition.

This process will continue until the final Gameweek (38) when the two remaining finalists will battle it out. Any points hits taken will count towards your total cup score also as it would for your Gameweek score.

In the event of a draw then the following tie break rules will be applied:

What do you get by Winning the FPL Cup?

The winner will receive a number of prizes which have remained the same from last season. The cup winner for 2019/20 will receive the following:

Other than the latest edition of FIFA, the prizes for winning the competition are familiar to previous winners. 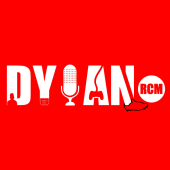 Would you like your FPL team rated for free?

You are going to send email to
Move Comment