Why I Wildcarded Ahead of Gameweek 3

Over time, FPL discussion should result in an upward trend of better ideas, a deeper understanding of strategy and an additional layer of enjoyment for those who play the game. Twitter this week, however, has been a bit of a minefield. The key subject of discussion, disagreement, and even insults(!), has been about the early wildcard. As is often the case, FPL throws us a number of early curveballs and unexpected events, leaving us rueing the weeks of meticulous pre-season planning that seem to have amounted to nought. A number of managers made the brave choice to go ahead and activate their valuable wildcard chip, committing to at least the next 16 or so gameweeks without the get-out-of-jail-free insurance that holding the chip grants you. I am one such manager.

Historically, I’ve done quite well in the planning department, avoiding situations where I might find my team lacking by thinking deeply about the possible outcomes. Unfortunately, I failed in this task in the first two gameweeks. GW2 was far from over, but I’d already made 3 transfers (-4), and effectively committed myself to activate my first chip of the season.

What Changed? Did I Waste 2FT?

Even in a relatively high scoring GW1, a few potential issues were emerging in my squad. Bournemouth looked a little flat; Alisson suffered an injury, raising question marks over a 13.5 spend on double Liverpool defence; David De Gea delivered one of his classic performances, making 7 saves and earning the highly owned Manchester United defence a clean sheet; Kevin De Bruyne looks to be playing further forward than we’ve seen in the past; Chris Wood and Ayoze Perez were anonymous in their respective attacks.

A lot of managers faced these same issues. But it’s one thing when you have one or two of them, and another thing entirely when you’re hit with lots all at once.

The warning signs were there – perhaps a FT should have been used immediately ahead of GW2, while still anticipating that a WC might be needed. The Saturday afternoon games confirmed that there were simply too many issues that couldn’t be solved with a simple 3 transfer “mini wildcard”.
I hit the button.

In the last two seasons, I activated my WC ahead of weeks 12 and 16. Historically, I’ve planned well and enjoyed the insurance policy that an available WC gives. Saving a WC doesn’t mean you’ll necessarily get a better opportunity to use it, however. Last season, I almost used it simply because I was running out of weeks before it’d be lost. This was the week Salah scored a hattrick after I sold him! Needless to say, I’d actually have been better off not using it!

The point here is, I never needed to use it in any of the weeks prior, I (almost) always felt in total control of my squad. Looking at my team over the GW2 weekend, I don’t remember a time where I’ve felt so upset and disappointed at the team I had in front of me. Last season I was 13k after GW2, and that was my lowest rank all season! This round, I’m sitting at over 1.3million. Hopefully, that’s my lowest rank goes this season.

Look at my GW2 team here. Would you have made the same decision?

Whether you like it or not, team value is a part of the game. While not the be-all and end-all, there will be moments in the reason where you’re just 0.1 or 0.2 away from the “perfect” team or transfer(s). Wildcards are often a great time to build some team value. Even an early 0.5 can give you that little cushion over your competition and allow your team a few extra options. This can be important in the long run. It’s another small edge, and especially as someone who has had a poor start, I need to find any edge I can.

Be especially careful when juggling transfers while on a wildcard. I’ve made the careless mistake before of transferring out a player who rose 0.1, only to then want them back and realise I’d have to pay that extra 0.1. Although some weeks the market is quite flat, if you have the opportunity to earn a few 0.1s, make sure you take that chance.

Who am I Bringing in?

This is tough to answer, as there are tons of good options to choose from going forwards, and while I’m sitting on players hoping for those price rises I have players who I’ll certainly be flipping before the deadline. I’ll most definitely be owning Sterling and KDB, with either Mane or Salah joining them. The strikers are a little more tricky – do I try to shoehorn Kane in at the expense of the cheaper options elsewhere, or go for Rashford or Firmino to maintain some funds in defence? Either way, without a wildcard chip going forwards, team structure will be particularly important in ensuring I can manage the team without needing to use too many transfers. For fellow wildcarders, make sure you think about how your team will perform two, three, four gameweeks from now. Who are the key players you’ll want to bring in? What happens if Liverpool’s defence suddenly starts keeping clean sheets? Anticipating those issues before they happen is now more important a skill than ever.

I don’t understand the vitriol towards those who’ve activated their wildcard, even if they had planned to keep it and make good use of 2 free transfers. The first gameweeks are some of the most volatile, and the player landscape may emerge to be totally different to what we’d anticipated.

As with any decision in FPL – if it’s backed up by sound reasoning then that’s fine. I can totally see both sides of the equation, but I did what I thought was right for my team. If it comes back to bite me later, so be it! That’s just the way the game is, but at this point in time I believe I’ve made the right decision.

Things change quickly, and just because you thought you’d save a FT to have 2 next week, doesn’t mean that it’s inherently bad to wipe these out with a complete overhaul. It’s important to be flexible in your approach and not shoehorn yourself into linear thinking. To my fellow wildcarders, good luck and give very careful consideration to your team going forwards. To the non-wildcarders, don’t worry about seeing a lot of chips being activated. If you’re happy with your team, then that’s fine, you’ve also got good reasoning and you still have the powerful chip ready to go at a later date.

Good luck to everyone in GW3!

Join thousands of fantasy managers and become a Hub member. Use coupon code: TIM at checkout to get 10% OFF. You’ll gain access to all our members-only content, including: 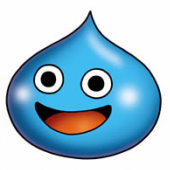 I've played FPL for just four seasons, but already have three top 10k finishes, the most recent two being 238th and 247th overall. I'm here to show it's no fluke, with some thought provoking articles for the FFHub crew!

Awesome article I love the rationale.
I’ve analyzed my squad and concluded that the weaknesses I have identified should be resolved with 4 transfers.
While this season I had decided not to take many hits, I feel it may be worth it taking -4 hits in GW3 and GW4 instead of a WC.
I believe we’ll have more data after 6-8 weeks hence my caution in activating my WC.
What say ye, Tim?

Thank you! You simply have to weigh things up as best you can. What I’d do is write your 15 players in a column in excel, next to their fixtures for GW3, GW4 etc and try to identify weaknesses in your squad, and look for players you might “miss out” on. Then, weigh up whether a WC is going to be much more beneficial now, or if you think you’ll stand to gain more later on. It’s a judgement call, not necessarily a right/wrong situation. Good luck!

I still haven’t decided! Most likely 4-4-2 with the intention of moving towards a 3-4-3/3-5-2 over the coming weeks as Arsenal/Wolves/Leicester/Burnley fixtures all start getting better and more attacking options become viable.

Thank you for your quick reply and great article.