With 50k up for grabs for the 2020/21 season, Sky Sports Fantasy Football guru Mark Edworthy gives his 7 top tips for approaching and playing the game.

I’m not trying to reinvent the wheel, the excellent 'How to Play Sky Fantasy Football' guide and previous years advice on Sky Sports Fantasy Football still holds true and I recommend reading as much as you can. Here however I have detailed my 7 top tips that I try and keep in mind when embarking on a new Sky Fantasy season. I hope they are of some help.

Plan, plan and plan some more

The Sky Fantasy game is different too many others due to the way transfers and captains work. With there being a captain per gameday and the ability to transfer players in after each game, transfers and captains can and will be utilised to give big point gains throughout the season. Naturally, as it’s a limited transfer game, you can’t just manage each weekend as you come to it and you have to at least consider games a few weeks, or even months in advance. Now don’t be scared about this as it’s actually part of the fun, but planning is a key element and without it that 50k prize is just a dream, but with good planning it really could be a reality.

The two main layers of planning are transfers and captains. Let’s start with captains. Due to live televised games AND European commitments, games move from the standard Saturday to Sundays and sometimes Fridays and Mondays. Later on in the season and around Christmas, you can actually see games on any day of the week but the norm is the Saturday/Sunday and possibly one or both of Friday and Monday. As this is the case you can have 2/3/4 captains and as captains give double points it’s worth making sure you maximise this as much as possible by having a player per game day. So thats the first level of planning, to try and cover as many captain days as you can and ideally with the best options you can. This can also then mean making transfers to do this, moving us nicely onto the transfer planning.

Transfers are key in Sky Fantasy and are very often used to get the captains per gamedays as detailed above. They are also used to bring in key players that your team needs but whatever your use of transfers it’s essential they are planned for the right time, and this, in itself, can get you extra games from both departing and new players. Now don’t get me wrong, if a player becomes “essential” in your eyes you shouldn’t wait until you can get an extra game or a 2 for 1, as its affectionately known, but many moves are positioned to benefit. A great example of these two planning methods combined is using this season in Gameweek 2, as Aubameyang plays on the Sunday (20th Sep) and can then be transferred out for a Man City player, lets say Sterling, on Monday 21st to give an extra game and two great captain options.

The final point on this is always to have a transfer plan, but don’t be too rigid, as football is so variable and injuries, player rests or Pep can ruin any well made plans, so always remain versatile, but make sure you have a plan in place.

Due to the nature of the game locking for each gameday at kick off of the first game, this means you get a minimum of two team sheets every day to use to plan transfers and captains. Some days this game will be something simple like Aston Villa v Burnley and that may not interest anyone but when it’s suddenly Manchester City or Liverpool or even the game on a single game day and you are debating bringing in a captain, seeing these team sheets are key. Now I know it won’t work for everyone with other commitments, but even if it means setting alarms as a reminder it can be worth its weight in gold. Having a reminder to see that Aguero has made a recovery and is starting a home game versus Newcastle and should be given the armband could be a game changer. Even the first game of this season, Fulham V Arsenal holds interest with the likes of a cheap Saliba (£5.7m) possibly helping out many people’s draft, knowing he’s playing 25% of pre-overhaul games is a good start. Remember due to the Overhaul after Gameweek 4 we only need to plan for the first four games.

Sky Fantasy is a game that can have huge swings. This is down to the extra points available that are not in other fantasy games, but mainly due to the fact you have captains per gameday. This means in some weekends you could have four players getting double points for you team. HUGE. When managing these captains, as well as the planning aspects it’s always best to ensure you have the best possible options for big hitting captains. For example, if a well owned big- hitting player has a single gameday, almost everyone who owns that player will be captaining him and if you suddenly take a 30-40 points loss versus 40% of the entire teams in the game it’s tough. Now it’s not always possible to cover everyone, as stated in these very tips, you can’t have them all, but finding yourself in a situation where you’re somehow captaining a Newcastle defender when half the game are on Harry Kane in a Monday evening Spurs v Newcastle game will more than likely not end well. I’m aware last season that would have been amazing where Joelinton scored in a 1-0 Magpie win, but you see my point. Look at the ownership % of the big players especially those with single gamedays and a wise strategy is too squeeze as many in as possible. Yes it feels defensive but it’s a season long game, let’s not start with a handicap.

Never panic about being miles behind

Pre Season Discount - 25% Off Hub Membership
Join thousands of fantasy managers and gain access to this article and all our fantasy football tools, tips and resources.
Already a member? Log in 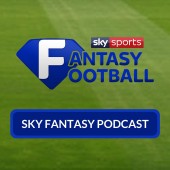