With the launch of the new Fantasy Premier League (FPL) season a few days ago, we have learnt the prices of all players and there are an abundance of £4.5m defenders that have the potential to be excellent budget options. In this article, I will be looking at six different options.

He was signed by Arsenal last summer for a fee of 30 million and was loaned back to Saint Etienne for the season. He rejoins an Arsenal side who have improved defensively since Arteta’s arrival – conceding the same number of goals since the restart as Liverpool despite having played one more game – and will likely secure a place in their starting XI.

Wolves’ first choice LB last season, Jonny (£5.5), out for an extended period of time due to an injury, 21-year-old Vinagre is set to replace him in a Wolves team that has been excellent defensively. In the entirety of last season, Wolves had the third-lowest expected goals conceded, just slightly behind Liverpool and Manchester City. In addition, in the 22 games that Willy Boly (£5.5) has played, they have kept 12 clean sheets, conceding just 15 goals. He also has some attacking potential, playing as a wingback in Nuno Espirito Santo’s 3-5-2 or 3-4-3 set up. A £4.5m defender in one of the strongest defences with attacking potential – what more can you ask for?

The young fullback came into the FPL frame as a £4.0m budget enabler at the end of last season – starting seven out of their last eight games last season. In that time, he has kept three clean sheets and delivered an assist which was a result of one of his three big chances created.

All of these three defenders provide a cut-price way into a strong Burnley defence – a good alternative to goalkeeper Nick Pope (£5.5m). Out of the group, Charlie Taylor and Phil Bardsley are more likely to get bonus points due to their superior Clearances, Blocks and Interceptions (CBI) while Pieters has the biggest potential for attacking points with the highest number of shots, key passes, big chances created and expected assists out of the three.

The attacking RB managed to get four goals and five assists in 37 appearances last year in the championship. In addition, Leeds kept the most clean sheets in the league (22), which is 48% of their games. He has the potential to replicate Matt Doherty’s (£6.0m) 2018/19 season where he registered four goals and seven assists. While it is a risk having a Leeds player in your team as they are unproven in the premier league, they can provide great value in FPL if they perform well as shown by Sheffield United’s defensive assets last year.

Since the restart last season, Southampton have been solid defensively, only conceding 8 goals in 9 games, including tough games against both Manchester sides and Arsenal. With Kyle Walker-Peters signing for Southampton from Tottenham Hotspurs on a permanent transfer, he looks to start Southampton’s games at RB and has decent clean sheet potential. Southampton have also recently signed Mohammed Salisu (£4.5m) which will improve their defence and hopefully, this means more clean sheets in the future, benefitting Walker-Peters’ points in FPL.

Out of these players, which are the best options?

Out of these six options, my current preference would be (from best to worst):

In my current draft, I have Vinagre, Taylor and Ayling in my team. Saliba would be higher up my list and in my team if I was certain that he would start in Arteta’s team. If he starts regularly in Arsenal’s pre-season fixtures and in the Community Shield against Liverpool, this would give me more confidence of his starting position and would make me more keen on having him in my team.

Of course, with budget defenders at this price, most of their returns will be clean sheets and this is heavily dependant on fixtures which are to be released soon. It is likely that the defender(s) with the best first 8-10 fixtures will find a place in my team or a couple of them who have fixtures that rotate nicely.

25% Off Hub Membership
Join thousands of fantasy managers and gain access to all our fantasy football tools, tips and resources.
Already a member? Log in 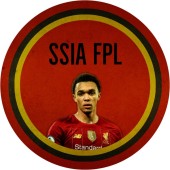 No mention of Dallas? Very similar attacking output to Ayling

better underlying stats too and can play OOP

ssiaFPL, can you suggest me some midfielders and defenders for my draft league (doesn’t matter the FPL website prize), some underrated ones that can get time on the pitch and get some points?

Hey, i’ve seen a lot written about £4.5m defenders and there is a lot of choice. Talk of the Leeds options centres on Ayling and Dallas. What about Ezgjan Alioski. As far as I can tell, Alioski played 39 times for Leeds last season. He scored 5 and assisted 5. He has the number 10 shirt for this season but is a £4.5m defender.

Surely this is as good if not a better option than Ayling or Dallas. Why is no one talking about Alioski?

Last edited 7 months ago by WelshWoody
2