Ahead of us ploughing into expensive Liverpool assets for the double Gameweek and with Martin Kelly seemingly now run his course, new Hub contributor Mark Ryan makes his writing debut with this brilliant piece on budget defender options for the coming weeks. Enjoy.

As a frequently playing £4.0m defender at the beginning of the 2019/20 FPL season, Martin Kelly is a highly owned enabler for many teams. His current ownership stands at 31.8% – which makes him the 8th most owned player in FPL, more “popular” than Salah, Sterling, Kane, Ings, Robertson and Soyuncu, to name a few.

However, there are rumours abound that Crystal Palace are close to agreeing a 6-month loan deal for Tottenham’s Kyle Walker-Peters, a move which would surely limit Kelly’s playing time at right-back. Therefore, I undertook some analysis to determine the best Martin Kelly replacement should it be required, which could also double-up as a generic budget defender review for halfway through this FPL season. So if you’re wanting to ship out Martin Kelly, or simply looking for a 4th or 5th enabling defender to provide you with extra funds (to double-up in midfield for Liverpool’s Double Gameweek in GW24, perhaps), then hopefully this article will help you.

For the purpose of this analysis, I have looked at all defenders with the same purchase price as Kelly and below (£4.4m or under), who have also started 11 games or more. I’ve also thrown in his potential direct replacement Kyle Walker-Peters (3 starts) to give me a total of 30 player options. I have then pulled a plethora of statistics from the Hub’s excellent OPTA Stats tool – with focus on attacking return potential, as well as clean sheet potential, and compared these options on a Per 90 minute basis to avoid anomalies caused by slight fluctuations in playing time. (NB: This article was written just ahead of GW22, so doesn’t include statistics from this current Gameweek).

I have pulled out a number of players based on the stats I found and have taken inspiration from Chris Tan’s Captaincy Decision articles by rating them on the most pertinent in an easy-to-digest table at the end of this article.

Without further ado, here are some observations on your potential budget 4th/5th enabling defender/Martin Kelly replacements…

Budget Defender – The Nailed On

Bednarek is by far the most consistent option if you are simply looking for points to tick over. He has started all 21 games so far this season for Southampton, the only player of the 30 covered in this analysis to do so (Max Aarons (NOR) and Craig Cathcart (WAT) were the next closest with 19 starts each)

The downside to Bednarek is that there are zero attacking returns on the season so far, and just four clean sheets owing to Southampton’s poor form (which admittedly has shown signs of improving in recent weeks). Bednarek’s xFPL points/p90 is four – only Godfrey (NOR) has lower out of the 30 players reviewed with 3.9. His total points on the season is 45 – 9th out of the 30 players in this list.

The upside is that Southampton’s fixtures aren’t too bad in the short-term, with just Liverpool (a) as a solid red flag between GW23 and GW30. This is coupled with an upturn in form which has seen them beat (and crucially in this context, keep clean sheets against) both Chelsea and Spurs.

By far the standout attacking performer for overall goal threat unearthed by this analysis was Romain Saïss of Wolves, who currently has 49 season points (5th/30) from his 17 starts.

According to the Hub’s Fixture Ticker over the next five Gameweeks, Wolves have a middling difficulty of fixtures (NEW, sou, LIV, mun, LEI), but do pick up after this period.

Matt Targett was also highlighted by this analysis based on his creative statistics, which show him as a clear first place in the following categories on the “per 90 minute” basis; xA (0.26), Big Chances Created (0.55), Key Passes (1.49) and also BPS (20.72).

The downside to Targett currently, alongside an injury that kept him out of the GW21 win over Burnley, is that Villa are expected to struggle a bit more than they already have so far due to injuries to key players Wesley and, crucially in the context of looking at the defence, goalkeeper Tom Heaton, which will likely do nothing to improve Targett’s poor 0.13 xCS p90.

Of course, if you were particularly keen on Crystal Palace right-backs, you could make the switch to Kyle Walker-Peters himself (if he completes his move) for the same purchase price.

Unfortunately, due to the small sample size of three starts, there are no stand out season statistics for Walker-Peters, who rates pretty closely in stats to Martin Kelly in our consolidated table at the conclusion of this article.

Walker-Peters, a Palace switch in the offing?

As any prudent FPL manager knows, it is just as – if not more – important to look forward as it is back. Therefore, I considered players from teams who have favourable fixtures in the short-term future (five games).

Bournemouth have the easiest fixtures in the near future but I would generally urge caution as they have been extremely weak defensively up until now, with no reason to believe this will change in the near future. However, if you haven’t already got him, Diego Rico (£4.4m, 14% owned) might be a valid option, with a decent xA/p90 (0.15 – 4th/30)

Everton have picked up some form post-Marco Silva, despite a somewhat embarassing FA Cup defeat to a very young Liverpool side at Anfield, which has apparently caused some issues in the dressing room if social media hearsay is to be believed. Despite this, Mason Holgate presents an excellent all-round option, with an xCS p90 of 0.32 and an xFPL of 5.7 p90, which is 2nd out of 30 defenders considered.

Brighton have also surprised a lot of people this season under Graham Potter, who has shored things up at the back while simultaneously improving things going forward for the south coast outfit. Brighton have two valid options in this department; Adam Webster and Martin Montoya (spookily both £4.4m and 0.7% owned), but Webster edges this one for me due to his goal output, with 3 in the season working out to 0.19 p90, which puts him 1st in this 30-man analysis.

Currently out injured, but also £0.2m cheaper than every other option discussed so far, is Newcastle’s Jamaal Lascelles. Lascelles does not have any standout statistics to mention out of this review, but is a very capable defender and would surely improve Newcastle’s defence once back fit. He is strangely the highest owned of the defenders considered thus far (I expect the vast majority of this resides in dead/”zombie” teams), but could be a valid budget option from GW27 onwards due to favourable fixtures, provided he is available for selection once again.

Lascelles – on the comeback trail

As mentioned above, I have taken inspiration from Chris Tan’s Captaincy Decision article to collate the key statistics and rank them, totalling them so that we can get a general feel of who is the “best” option all round (lowest total wins):

As you can see, the standout attacking and creative options of Saïss and Targett respectively fall around the middle, due to falling short in other areas, but the Wolves man edging it with his higher clean sheet potential. Overall, it’s Everton’s Mason Holgate who comes up trumps, with Webster and Rico close behind.

We can also see that many of the candidates are already ahead of Martin Kelly overall, so even if the Walker-Peters loan falls through, it still might be time to consider a change if you’re one of the 31.8% of managers who own him.

I hope that you found this article interesting (if not informative!), and I wish you good luck in your future transfer selections, especially if you use this article in any small way to influence them! If you have any feedback good or bad – perhaps I’ve overlooked a serious candidate/metric that would have enhanced this analysis, or its helped you settle on a particular choice – please feel free to leave a comment, or tweet me at @M_RY_7 to let me know. 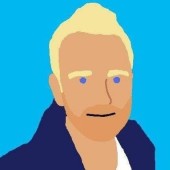 Two glaring ommissions imo…
William’s 4.0 starting to establish himself in Man u backline and
Stephen’s 4.3 Southampton cheaper than Bednarack and has goal threat from set pieces.

This version of the article was written pre-GW22. I have since updated it (hopefully the Hub will publish the updated version soon), but the post-GW22 version includes Brandon William’s as a very strong option.

Stephens didn’t quite enter my radar during this analysis, but appreciate the shout!

Thanks Andy, much appreciated!