Pep-Roulette: Is it possible that the breadth of players available to Man City this season is actually their biggest undoing?

This season Man City have not been the force that we have seen in seasons gone by. Uncharacteristic defeats to Norwich, Wolves and most recently Tottenham has seen Guardiola’s team left in Liverpool’s shadow at the top of the table.

Two major signings arrived in Manchester in the Summer in the form of Rodrigo and Joao Cancelo to boost their ranks and swell Guardiola’s team further as they continue their ongoing pursuit of ultimate glory by winning the Champions League.

Having such a wealth of talent at his fingertips may have caught up to Pep though as the pressure to play his top stars is on every week.

Just one look at their back line tells you all that you need to know as their most-used back four in front of Ederson has been the combination of Walker, Otamendi, Fernandinho and Zinchenko and they have only turned out together on 5 occasions out of a possible 25.

Compare this to Liverpool where the trio of Alexander Arnold, Van Dijk and Robertson have practically started and played 90 minutes in every game, it becomes more apparent how Pep may have lost his way.

History shows that successful managers over the years have built their winning on teams on a core structure of players who start week in week out offering a high level of consistency and reliability on a game to game basis.

You have to question how can some of the game’s top players like Aguero, Jesus, Sterling, Mahrez, Bernardo and David Silva motivate themselves to play at their best each week when they know they may not even be in the starting eleven?

Apart from KDB who should now adorn every successful FPL lineup in the land, it is hard to fully justify the outlay on some of the priciest assets in the game when their match time is by no means guaranteed. Punts on Aguero, Sterling and Mahrez will probably pay off in the long term but agonisingly waiting for that team line-up is more than most managers can face.

For the majority of the time, City will make it through games, score lots of goals and beat opponents due to the sheer quality at their disposal but long term chopping and changing your line-up on a week to week basis is not a proven recipe for success as Pep is now learning.

Perez and the Vardy effect

Ayoze Perez had all the potential to be the bargain pick of the season in FPL this year but his performances, on the whole, have flattered to deceive. The Spaniard joined the Foxes in the summer with high expectations having scored 12 goals for Newcastle in the previous campaign.

Despite being a popular pick on Brendan Rodgers’ team sheet his performances and more importantly his FPL returns have been hampered by his team-mate Jamie Vardy. The Englishman has scored 17 goals this season bagging over 30% of the Leicester’s total goals. Perez, unfortunately, has very much had to play understudy.

A look at games where Perez has hauled though tell an interesting story. Apart from the 9-0 demolition of Southampton where every man and his dog had a go at getting on the Foxes scoresheet the three other games that Perez has collected double figure scores are all games that Vardy did not start or play in at all.

There’s no immediate advice to be gained here but just something to consider in our line-ups that should Vardy end up missing a run of games it could be a shrewd move to take a punt on his Spanish team-mate. Also it serves as a tip to any would be suitors that perhaps you’re better off looking at other players while Vardy is fit and firing.

Have a back-up for Henderson

Sheffield United’s number one goalkeeper is having a blinding season and thanks to an incredible 9 clean sheets from 24 games finds himself as the highest scoring goalkeeper in FPL. A 10 point haul in his last game vs Newcastle and a decent fixture schedule has seen him as one of the most popular transfers in this week.

Aston Villa’s last minute win over Leicester in the Carabao Cup though has meant that Hendo (along with the rest of the Blades team) now misses Gameweek 28.

If it’s not bad enough to lose your star keeper for one Gameweek you should also be aware that he will miss Gameweek 31 too when his team travel to Old Trafford as he is ineligible to turn out against his parent club.

For anyone on a Wildcard or even if you are not you might want to make provisions or save a transfer so you are not a player short in a couple of weeks time.

Finally, we have a new phenomenon in FPL this week as we approach a mini winter break and so be aware that it’s likely that we’ll only have team news and press conferences for just the eight teams due to play this upcoming weekend before the deadline. 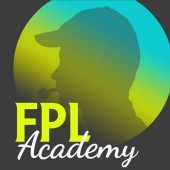