Every week he covers his thought process and tips ahead of every Gameweek across all these formats exclusively for Fantasy Football Hub members.

You can find all our other Gameweek 12 team reveals from the best FPL managers in the world right here!

Jeez, the run of red arrows continues albeit benching Cancelo was a poor decision, not bad luck.

I was tossing up between Sanchez and three other keepers who all kept clean sheets all week to replace Raya... very frustrating. I could never have foreseen the Foster haul but 32 points on my bench this week hurts.

My differentials in Son, Foden, Toney and Mbeumo again did nothing albeit Havertz thankfully gave me a goodbye goal, albeit nullified by further Raphinha, Smith-Rowe and James returns.

I am still reasonably upbeat with my team - that's my fifth red arrow in six Gameweeks but I'm still in a decent position and ahead on some transfers so I can't beat myself up too badly.

The Cancelo benching decision is the first regret I have had this season and could have been avoided if I started him over Mbeumo which was the obvious move but I was too far invested in the Bees' man having bought him for this run of fixtures - lesson learned about being adaptable. 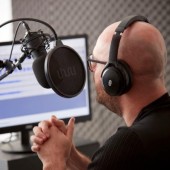