After beating off around 650,000 teams, the experienced multi-format fantasy player fulfilled a life ambition for him in winning a major fantasy game.

Having played fantasy football for more than 20 years with consistent good finishes in Fantasy Premier League, Sky Fantasy Football and Telegraph Fantasy Football, the 40 year old added DreamTeam to his fantasy resumé with bells on:

“I am absolutely over the moon to win DreamTeam which is the game I have played the longest and had the least success with! Anyone who knows me well knows that fantasy football has been a massive part of my life for such a long time so to be able to win a major game is quite literally a dream come true.”

After a good start, Fergi had been top of the DreamTeam leaderboard since Week 21, relinquishing the lead for just two weeks in that period. It was far from smooth sailing though for the Welshman:

“The luck vs skill fantasy debate has been settled for me. You can put yourself into a position to have a crack at a good finish through a mixture of luck and skill, but after that your fate rests with the Fantasy Gods alone, I have no doubt. There were times when one key decision, one late goal, one dodgy VAR check or an unexpected substitution contributed in a major way to the end outcome and there is no way of controlling any of that.”

The winning margin of 13 points may have seemed reasonably comfortable in the end but with just 18 points separating the top five spots, it was a nervy wait for the end result:

“The DreamTeam website didn’t update during the match or even overnight for some reason, meaning I had no idea if I had won or not as my rivals had transfers still to make. If any of them had brought in Kai Havertz it could have been curtains and I stayed up all night refreshing the site to no avail! Eventually at around midday the following day the site updated and I could see I had won for the first time. I was fortunate enough to share this moment with my family and it’s a moment I’ll never forget.”

We asked Fergi about the key, season defining moment which elevated him up the leaderboard:

“Although I got off to a good start there was a moment which helped me pull away from the rest which was identifying and acting on the Manchester City January great fixture run early enough to get on board quickly before most others. City hadn’t been playing well but as with all great teams, only needed a switch flicked and they are pulling up trees again. I gambled on this happening early which was the difference-maker as per my article extracts from Gameweek 18/19 (DreamTeam Week 16) below:”

Fergi has been a contributor for Fantasy Football Hub since 2018 and in the last 18 months became the site’s Editor whilst also co-hosting the Hub’s Green Arrow FPL Podcast, the Sky Fantasy 3-1 Podcast and the Telegraph (TFF) Podcast.

Every week, alongside other top fantasy managers, he writes his diary article with his thoughts and plans for the following week exclusively for Fantasy Football Hub members:

“Being a part of Fantasy Football Hub has elevated my fantasy football play to a whole new level. Spending my days reading, working and chatting with the incredible contributors, podcasters and team we have here is a game-changer. The Hub has all the best fantasy football players and writers, in all formats, under one roof and there is not a chance I would have won had it not been for the Hub community. I have received so many messages of support and thanks for those who have followed my progress and moves this season on the Hub and I’m so pleased to have been able to help them in reach their own goals and win their own mini-leagues. That’s what the Hub is all about and what makes it so unique; elevating fantasy performance to tangible winning results.”

He picks out the Hub’s DreamTeam expert Gary Fisher for a special mention:

“Gary’s pre-season strategic articles helped set me on the road to success without a doubt. Gary finished 10th overall in the 2019/20 season so obviously knew how to build and manage a winning DreamTeam and his tips were a major factor in how I set my team up and managed it throughout the season.”

Asked how Fergi was going to spend his winnings, he answered:

“To be honest I hadn’t really thought about it as I didn’t want to jinx myself and end up disappointed, so as soon as any fanciful thoughts entered my head I quickly banished them! The wife has been talking about a new kitchen for a long time so that will likely be on the agenda whilst my sons are massive football fans so I will likely take them to some matches in the UK and abroad to ensure it doesn’t all go on ‘sensible’ stuff!”

Fergi will be writing an in-depth ‘How I Won DreamTeam 2020/21’ article over the summer for Fantasy Football Hub members and will be sharing his Gameweek 1 tips and teams, alongside Gary, in pre-season whilst sharing his thoughts weekly as usual throughout the season.

The final weekend of the 2020/21 season was also incredible for further Fantasy Football Hub contributors as Chris Tan bagged the top prize of £22,500 in the FanTeam UCL game whilst FPL General landed 4th place in the same competition netting himself nearly £7,000 in the process.

To make sure you get all the best fantasy football tips for every format throughout pre-season and into the the 2021/22, sign up below if you haven’t already, you won’t regret it.

Start FREE trial to gain full access
Join thousands of fantasy managers and start your free 7-day trial now.
You’ll gain access to this article and all our fantasy football tools, tips and resources.
Already a member? Log in 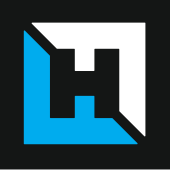 Thanks so much, am over the moon!

Delighted for you Andrew, great the see one of the veterans coming top of the pile, Been playing various formats myself since the mid nineties – hit the post a few times but never managed the top slot but will keep trying. Was leading the last Dream Team World Cup game at half time but unfortunately my Croatian defence succumbed to Mbappe & Co in the second half…

Thanks Anto, the big one is difficult but definitely achievable, I made lots of mistakes along the way. If you’ve hit the post a few times you just need that bit luck so sneak over the line, sounds like you will soon!

Fantastic stuff Andrew! Really pleased for you. Look forward to reading the article. Well done to Chris Tan and FPL General also for your wins.

Thanks Simon, am very much looking forward to writing it, will be great to look back at the key moments!

Well done Fergi. I really enjoy the podcasts. Your vibe is cool and I feel you deserve your success. Looking forward to more sausage/pizza/crisps debates with the amazing 3 for 1 crew!