One of the very best FPL managers, FPL Heisenberg reveals his Gameweek 3 FPL team. He will reveal his Fantasy Premier League transfers, captain, team and tips ahead of each Gameweek.

Follow his updates exclusively on Fantasy Football Hub as he looks to build on seven consecutive top 32k finishes, three top 10k finishes in the last five seasons and a top 1k finish.

I've delved deep into my decisions, breaking my Gameweek 3 FPL team down by position by position.

Brighton's Robert Sanchez (£4.5m) is between the sticks, I had considered Daniel Bachmann (£4.5m) pre-season and he still may be a decent choice, but I believe the Seagulls stopper is the strongest option in that price bracket.

Brighton's Jason Steele (£4.0m) is be my back-up goalkeeper, as he is currently Brighton's second choice goalkeeper whilst Kjell Scherpen (£4.5m) is injured.

With outfield positions I tend to look at the first six fixtures, but I intend to keep goalkeepers right up until my first Wildcard, which could be as late as around Christmas time. Therefore, I take a "set and forget" approach.

That means early fixtures hold less weight than they do for outfield players.

Although Trent Alexander-Arnold (£7.5m) speaks for himself, Konstantinos Tsimikas (£4.2m) played 90 minutes in Gameweek 1 and was very attacking. He produced 12 crosses and two shots in the box. He backed this up in Gameweek 2 with a lovely assist. However, with Andrew Robertson (£7.0m) back, he will now be moved to third on my bench until I transfer him out.

Luke Shaw (£5.5m) has been frustrating, with no attacking returns or clean sheets so far. I have to remind myself to be patient, we are only two Gameweeks in. I have no plans to move him on as of yet.

Watford's Kiko Femenia (£4.4m) provides great value as a cheap route into a solid defensive team (although solid in the Championship doesn't always translate into solid in the Premier League).

Regardless, he has strong opening fixtures, so if I have to play him I'm happy to do so. Especially as he has some attacking threat too. Frustratingly, he didn't make the squad in Gameweek 1 and 2, but assuming he can get himself fit I'll be happy to hold him in the short-term.

Leicester's Daniel Amartey (£4.0m) is my budget-friendly defender, enabling me to spend more money on my starting 11. He could keep his place short-term whilst Jannick Vestergaard (£5.0m) settles into the club and recovers from an injury. Like Tsimikas, his days are numbered.

The premium midfielders I started the season with were Bruno Fernandes (£12.1m) and Mohamed Salah (£12.6m). As we all know, they delivered well in Gameweek 1 then both blanked in Gameweek 2. They were both still heavily involved and I'm not worried about the returns flowing for these two.

I was considering freeing up some of these funds at some point for the likes of Romelu Lukaku (£11.5m) or Harry Kane (£12.5m) up front, but that'll be tough given how consistent both Bruno and Salah have been ever since they signed for their respective clubs - and how well they started the season.

With Edinson Cavani (£8.5m) and Marcus Rashford (£9.5m) due to miss the start of the season, Man United's favourable opening fixtures and the fact Mason Greenwood (£7.5m) had the summer off (thank you Gareth Southgate), I think the young Englishman could do damage in the opening Gameweeks. 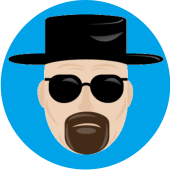 Nice article mate. Also nice to see a very similar team to mine which is reassuring that I’m on the right track as a long time Sky player and new FPL one. Only difference is Raphinha over Benrahma at the moment.

Great article as always mate. Got a question for you… if you had raphinha instead of barnes from the beginning, would you still get benrahma instead of him for GW3? Or would you use your 2 free transfers for brownhill to benrahma and toney to dennis or a 4.5M forward? Or neither of the two options?

not the reply you we’re hoping for, but I definitely wouldn’t ditch Raph.

either option two, or hold IMO. Depends on other pressing issues / flexibility.