Hub contributor Shaun Thorpe shares his brilliant Sky Fantasy Football 2020/21 analysis. He delves into those players who are slipping under the radar and highlights the best value assets due to their bonus points.

In this article, I’ll be analysing all the key data from last year. The main focus will be on bonus points as plenty of articles touch on goals and assists already.

It’s about identifying those Sky Fantasy players who have seemingly gone under the radar. This will help to complement the big hitters in our teams.

Most of this data will be more relevant post overhaul. This is because the fixtures will dictate the initial drafts pre overhaul. All data focuses on players who played a minimum of 900 minutes over the season.

Below are just a couple of tables showing top level bonus point stats by position.

As interesting as the stats above are, they don’t give us a full picture of exactly who performs well on a game to game basis.

For example, Liam Cooper (£6.9m) and Cesar Azpilicueta (£9.3m) both accumulated 56 bonus points last season. Yet they only played 25 and 26 games respectively. A better comparison would probably entail bonus points versus games played.

The tables below convey the bonus statistics. They show, from the games played, what percentage of them a tier was reached by certain players.

Bonus by % of games played where tiers are hit

It highlights players who, for one reason or another, didn’t hit huge bonus points. This could be due to a lack of game time or rotation risks.

A prominent example of this would be any Pep Guardiola player, or those who joined late or were injured.

In terms of shot bonus points, the usual suspects remain at the top. Diogo Jota (£9.4m) sticks out as someone who only played half the games but still finished third for the amount of games he hit bonus in.

The risk of rotation still looms large at this stage. Yet with the African Cup of Nations taking place between January and February next year, Jota could really come into his own replacing Mohammed Salah (£11.9m) and Sadio Mané (£11.0m).

Passing tiers are filled by Manchester City, Chelsea and Liverpool players who claim nine of the top 10 places.

If you can select a rotation free central defender, or defensive midfielder, from one of these teams, you could find bonus point gold dust.

The two that spring immediately to mind are Antonio Rüdiger (£9m) and a fully fit Virgil Van Dijk (£10.2m).

Tackle bonus points are harder to achieve than passes. It is primarily central midfielders you need to be looking at.

The three at the top of the list all had injury issues last season. Yet if they play the majority of games this time round, they could all be great options.

My personal preference just so happens to be the cheapest of the three Wilfred Ndidi (£7.5m). The Nigerian international plays for the better team, and had more attacking output last season with one goal and four assists.

However, Ndidi is another player who is likely to head off to the African Cup of Nations midway through the season.

Saves bonus threw up several interesting takes. Most people that I have seen on social media (myself included) are currently on Emiliano Martínez (£7.2m).

This could be an interesting point of discussion post overhaul if Aston Villa don’t start well or fail to maintain their clean sheet record from last season.

The table above pulls together all the different bonus avenues. It shows who scores well and in what percentage of their games.

As you can see, players such as Aymeric Laporte (£9.1m) and Thiago Silva (£8.6m) rely heavily on passes. On the other hand, other defenders do well across passes and tackles.

Yet it’s very rare for any player to perform across all three metrics. Some of the best options which succeed in all three are Kevin De Bruyne (£11.5m), Mason Mount and Paul Pogba (£9.4m).

It also shows players like Rodri (£8.7m) are almost guaranteed a bonus in each game they play.

With saves and shots bonus being quite variable, I have focused on passes and tackles in this section.

This was done to observe which players only just missed out on tier one bonus by either one tackle, made three rather than four, or five passes, completed at least 55 but not the 60 required.

A few takeaways from the data above are:

Men of the Match

Top 25 performing players for Man of the Match bonus

A few things stood out for me from the table above. Harry Kane (£12.0m) is highly regarded, but the surprise lies with his partner in crime.

Heung-Min Son (£10.8m) played extremely well over the previous campaign yet in comparison to Kane, he only received one man of the match.

Similarly, Bruno Fernandes only accumulated three awards last season. This was the same as Pogba and less than teammates Luke Shaw (£9.0m) and Edinson Cavani (£10.1m).

Moreover, anyone who gets the award in nearly 20% of games in which they play are extremely talismanic for their respective teams.

In my second article before the new season, I will delve into the three sets of fixtures pre overhaul.

I will also analyse which teams are the best to target for bonus points. Keep an eye out for my team reveals for the start of the season too! 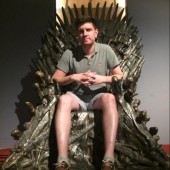