The best Crystal Palace FPL players have been unpopular over the last few years. In this article, we look at whether things are any different this time round.

Crystal Palace secured 14th in the Premier League despite conceding 66 goals last season. This was the third most in the division, only Southampton and West Bromich Albion conceded more.

Their attacking numbers don’t make for impressive reading either. Palace scored 41 goals which was the seventh worst of any team. Their expected goals (xG) figure of 40.07 was a true reflection of their goal tally and lack of creativity. Only the relegated pair of Sheffield United and West Bromich Albion recorded a lower xG across the season.

Nevertheless, they finished 16 points clear off the relegation zone in Roy Hodgson‘s final year at the club.

Following the appointment of Arsenal icon Patrick Vieira, Palace seem to be heading in a new direction. In his first press conference at the club, Vieira said: “I want to see a team who is on the front foot – to score more goals, to have more shots on target than we used to.

“But at the same time to keep this mental strength that the team has created in the last couple of years – to become even stronger.”

If Vieira’s side can translate these ideas onto the pitch, they will provide us with some decent rotation options. Let’s examine the best Crystal Palace FPL players for the upcoming season.

Despite scoring 11 goals and notching four assists, the Ivorian’s price hasn’t changed from £7.0m. He was involved in 38% of Palace’s goals, but isn’t mentioned in our best FPL mid-priced midfielders article.

Over the last five seasons, Zaha has scored 120 points or more. His personal best in terms of goal output was in the 2018/19 season, when he registered 10 goals and 11 assists. Zaha’s ownership currently stands at 6.6% and he could offer great value if he were to stay at Selhurst Park.

Within the first eight Gameweeks, Palace face Chelsea (a), West Ham United (a), Tottenham (H), Liverpool (a), Leicester City (H) and Arsenal (a). These fixtures are extremely difficult on paper, so it may be worth holding out on Zaha until Gameweek 9.

Who are the Best FPL Mid-Priced Midfielders? Gameweek 1

Our very own @FPL_Salah named Vicente Guaita among his best budget FPL goalkeepers for the 2021/22 season.

The Spaniard suffered a £0.5m decrease from £5.0m to £4.5m. With few budget options in this position, Guaita could offer great value between the sticks.

His compatriot Robert Sánchez (£4.5m) is undoubtedly the standout in this category. Yet Guaita could be a solid differential when Palace’s fixtures improve.

Jack Butland (£4.5m) was his replacement in a 3-2 win over Aston Villa, but Guaita should start most matches next season. Meanwhile other budget keepers, such as Alex McCarthy (£4.5m) and Fraser Forster (£4.5m), will be rotation risks.

Guaita was the 12th highest scoring goalkeeper last season. He was Palace’s third highest-scoring player with 124 points, only behind Zaha and Eberechi Eze (£6.0m).

With previous bargains such as Emiliano Martínez (£5.5m) now priced among the premium goalkeepers, Guaita is a sensible move.

Although it’s advisable to get him after Gameweek 8, rotating Guaita with another 4.5m keeper like Sánchez isn’t a bad shout.

Brentford and Brighton are promising fixtures within the first six Gameweeks for Palace. It’s also worth noting that the Eagles can secure results against anyone as they have proven over the years.

New Crystal Palace signing Michael Olise has just been added to FPL and he could be the ultimate differential.

The London-born midfielder represents France at international level. His breakthrough season at Reading earned him an £8 million move to become the first Eagles signing in the Vieira era.

Valued at £5.5m in FPL, Olise is definitely worth considering. He falls under the budget midfielder price range and was the main set-piece taker for Reading in the last campaign.

With Eze out through injury until the end of the year, the pressure will be on the Frenchman to deliver. Yet with his quality, he could become a bargain for FPL managers. 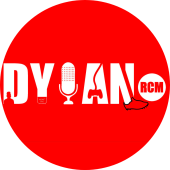