Timo Werner – Does the German forward offer value in FPL?

Timo Werner’s long-discussed transfer to Chelsea has arguably made the Blues’ possess one of the most potent attacking lineups in the league. There are plenty of rumours also linking Kai Havertz, another player from Bundesliga who could follow Werner’s footsteps to Chelsea. While there is no serious confirmation yet, Fabrizio Romano has continued to indicate the talks for his move are currently at an advanced stage.

With Christian Pulisic finishing the season strongly and the addition of Moroccan attacking midfielder Hakim Ziyech, Werner should get plenty of service to feed on.

In this piece, we look at Werner from a statistical point of view and at the same time from those who saw him play regularly at RB Leipzig.

Past record at RB Leipzig

Werner has long been hailed as a sensational talent after he hit 21 goals for RB Leipzig in 2016/17, however, he came into the limelight only a couple of seasons back when he crossed the 20-goal involvement mark with 16 goals and 7 assists.

The player was continuously linked to Bayern Munich, however, ended up signing an extension that kept him at RB Leipzig. With Liverpool linked to him early on last year, not many would have expected Chelsea to successfully acquire him.

The numbers are extremely favourable when it comes to Werner, who was the second-highest goalscorer in the Bundesliga 19/20 with 28 goals in his name, only six behind Lewandowski. One increasingly impressive thing was the fact that he appears to be a volume shooter, one stat that is always very encouraging to see from a fantasy football perspective, with a record of almost 4 Shots/90.

Another very encouraging figure is Werner’s ability to provide the final ball. The German forward recorded 8 assists to complement his mammoth goal tally. As a comparison, he had the highest number of assists in the top 10 goal scorers in the Bundesliga except for Jadon Sancho (17 goals, 16 assists)

Werner’s goal and shot map over the years make for interesting viewing. A large majority of Werner’s shots and goals come from the penalty area, not much different from the host of other forwards in the league at the moment. However, the interesting bit is that he has a higher shot count from outside of the box than from within the six-yard box, indicating that he is not a “fox in the box”.

While this is visible to the eye, looking at the numbers also shows a clear intention of shooting from outside the box, with three times the shot volume than from within the six-yard box. Unfortunately, the goal count is pretty much the same.

The eye test makes for a large part of the decision making and is certainly a huge factor when it comes to choosing a player for several fantasy managers.

To better give an ‘eye test’ analysis, I spoke with several individuals who have watched him play for Leipzig and did my analysis watching Youtube videos and compilations.

Werner predominantly plays from the centre and is equally capable of playing as a left-winger who cuts in to occupy the centre position. Even while playing through the middle, there is a clear left-sided bias to the player which is visible from his heatmap.

However, this does not mean that the player is only capable of cutting in from the left to score. Nine out of his 28 goals have come from the right side, displaying extraordinary ability to score across the pitch, something several players lack.

The German is also extremely fast and it would not surprise me if he is provided opportunities where he can go through on goal several times across the course of the season.

“Atletico wouldn’t have been the best opponents for Timo Werner because there is not a lot of space behind the defensive line. That’s why we played with three offensive midfielders to create the space.”

While this may put a lot of managers in doubt whether Werner can hold his own against defensive lines in the Premier League which often opt to completely sit back, it may well be a concern without much substance to it.

Werner is not a player who solely relies on pace alone. The player is quite capable of scoring from outside the box as well as take on teams which prefer to sit in a low block. With the kind of creativity and offensive power, Chelsea have added to their team this season, this should not hamper Werner’s output (fantasy points).

Coming in at a sweet price point of 9.5M, Werner could very well be one of the bargains of the season. However, the fact that he is new to the league could reduce his appeal for several managers.

Another crucial point to remember is that Chelsea’s designated penalty takers last season were Jorginho and Willian. With Willian’s move to Arsenal and Jorginho perhaps out of favour, Werner could very well be the man on penalties for Chelsea. With dribblers like Pulisic in the squad who has a knack of winning fouls, I would not be surprised if Chelsea received 5 or more penalties this season. Werner has a conversion rate of 87.5% from the spot (7 on 8, only Bundesliga), however, the sample set is extremely small to make objective conclusions on his penalty-taking ability.

With several Bundesliga players historically adjusting well to the Premier League, Werner is surely looking like one of those players that may end up becoming the first name on my squad. 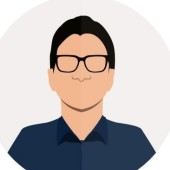 Fantasy Football and data viz enthusiast. Enjoy breaking down numbers into charts and figures. You can find me on Twitter @RebantMalhotra. Feel free to contact me if you're looking for one on one FPL advice, my DMs are open.